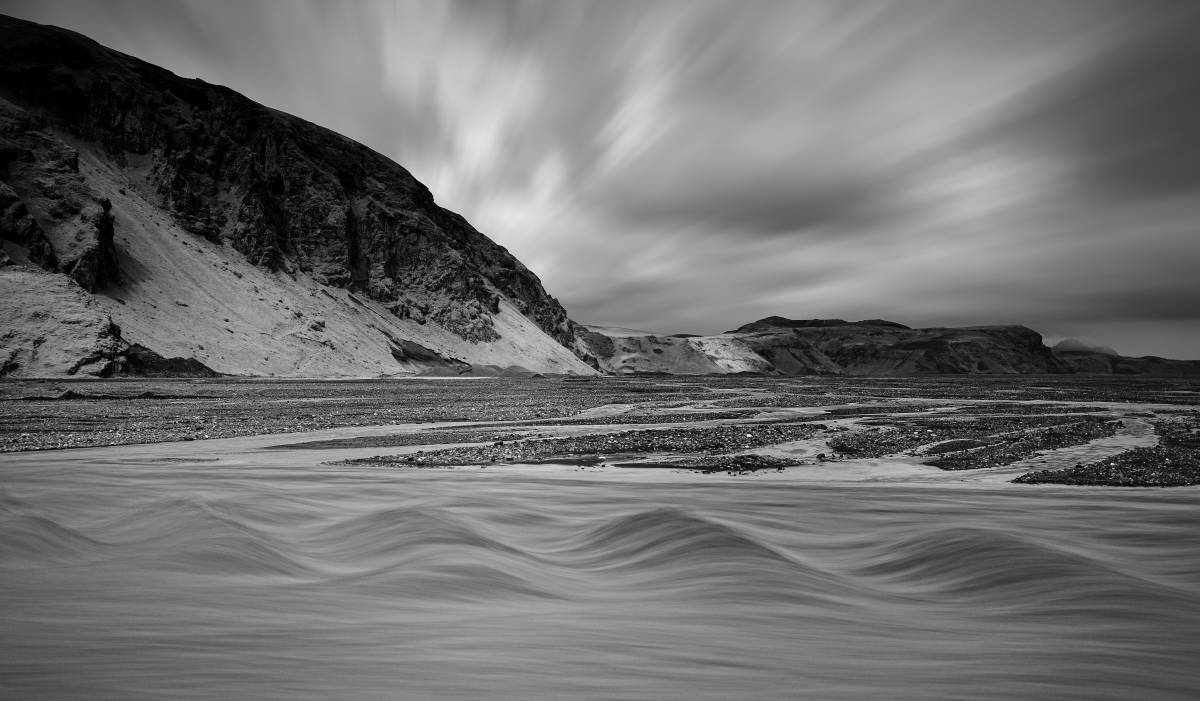 Glaciers melt, and the melting water has to go somewhere. It has to make its way from the glacier’s ends to the sea, and as this is a journey without much difference in elevation, the water flow covers broad areas of soft lava rock fields. This results in wide estuaries or alluvial plains which are sometimes hard to pass. Several people wrecked their jeeps by trying to do so.

I was fascinated by the row of equally shaped wave tops of this melting water flow. It contained much mud and gave the waves a unique surface structure. Interesting thing was that these wave tops moved slowly forward during this long exposure, resulting in a different shape than it appeared to the viewer’s eye. The water color was not too appealing (neither the lava soil was), so I decided to go black and white. 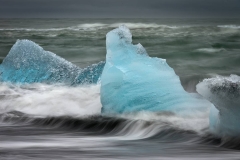 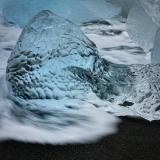 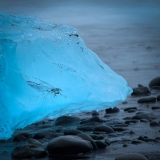 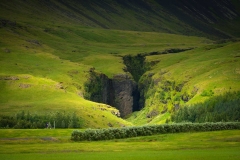