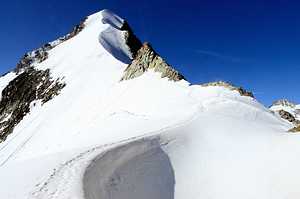 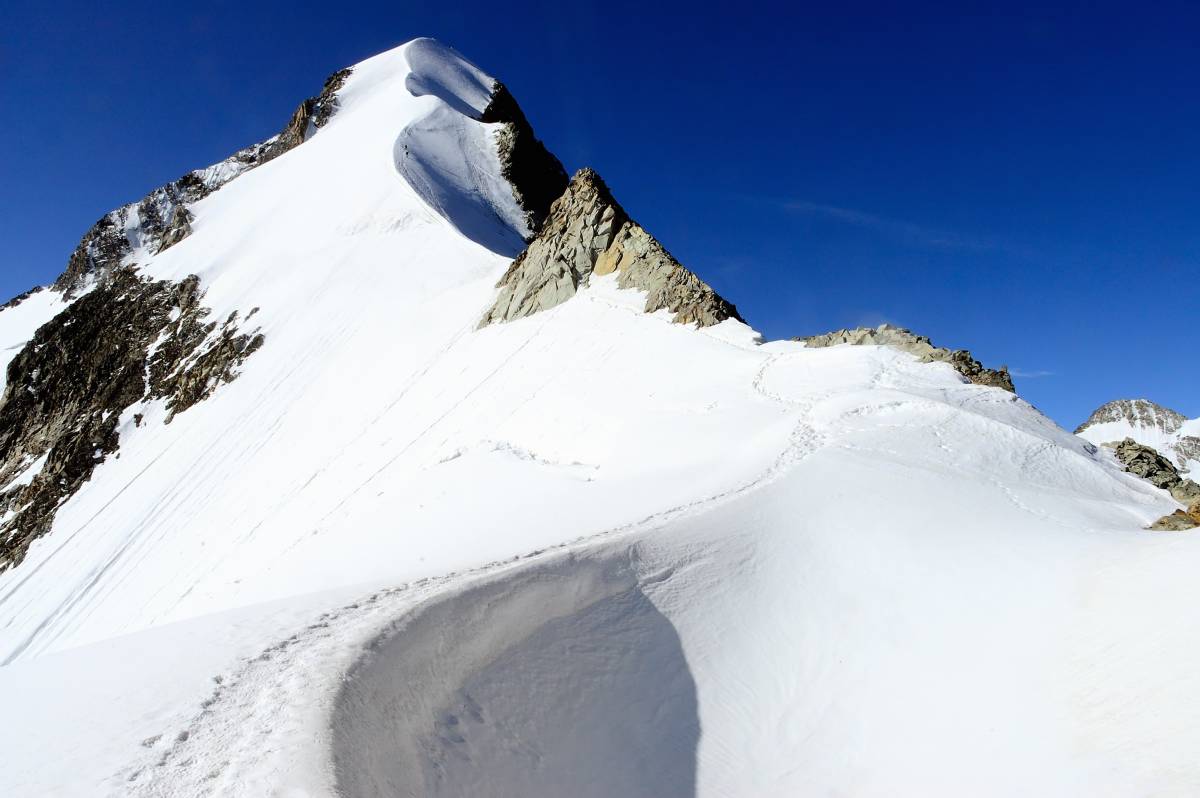 Today I’d like to introduce one of the alpinist’s dreams, the famous Bianco Ridge, leading to the summit of Piz Bernina, 4’048m. Having done the rather long hike to the Tschierva hut, glacier crossing in darkness next morning awaits the alpinist. The snow ridge itself is situated between climbing passages in medium+ difficulties. Ascending on one of the purest and still present snow ridges like that is a dream. The snow ridge is approx. 850m long and gains you about 420 meters of altitude up to 3’995m. It doesn’t arrive at the summit, so plenty of climbing lies still ahead. The descend is done via the Spalla Ridge. Due to heavy traffic on its climbing cruxes we had to wait several hours before we summited. Frozen and a little tired, I lost my ice axe on the Spalla Ridge. Without this very useful tool, the descent took us longer than usually, arriving in late evening at the Marco e Rosa hut.