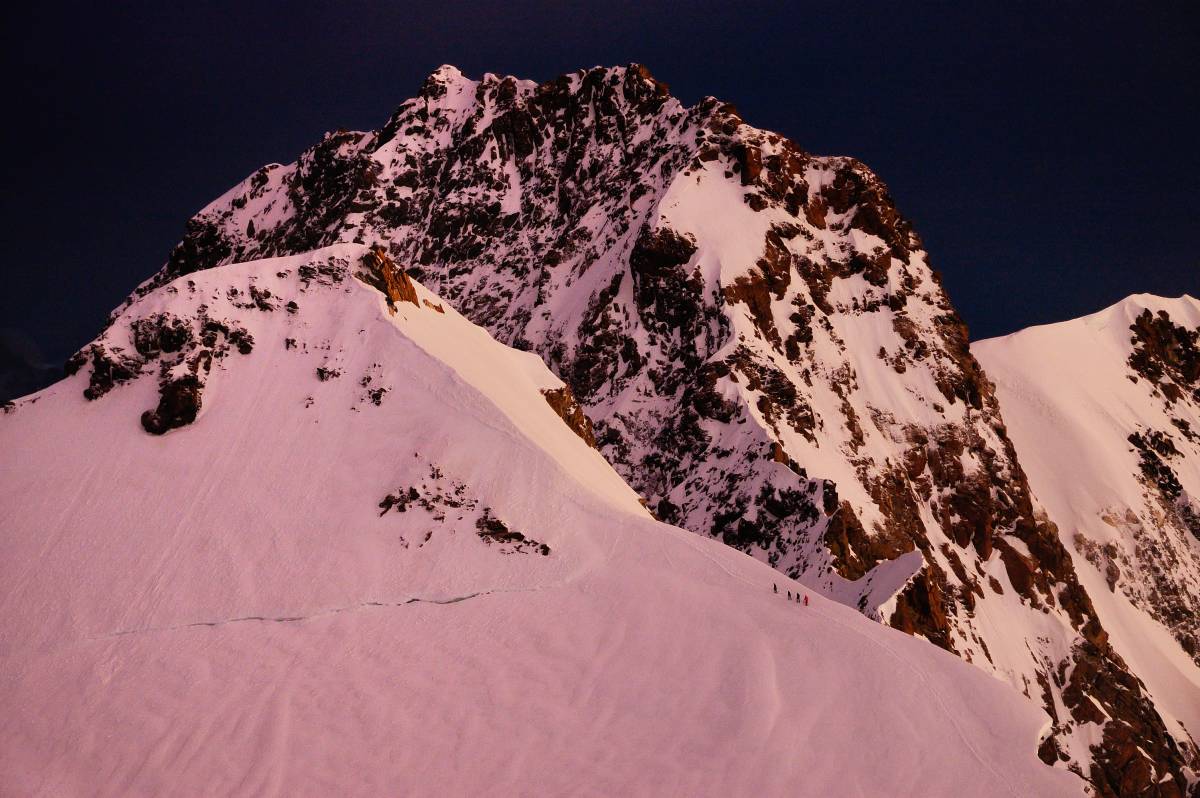 This image was selected for the 9 TOP Photographs for January 17, 2013 for PlusPhotoExtract.

Swiss children learn in school at least two facts about single mountains in their country:

These alpinists ascend the “Zumsteinspitze”. They didn’t had much time. Only 20 minutes later, a severe snow storm hit the top floor of the alps. This was to be expected, as red morning light usually means bad weather. We were lucky to be there that early to catch the giant light show. 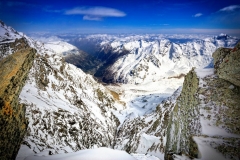 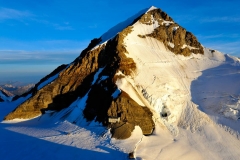 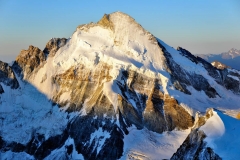